This is an involved method, as you have to cut into part of the ECU wiring loom, so if you’re unsure, DONT DO IT. It could be an expensive mistake!

The theory of this method works in a similar way to the TTC method, but instead of bypassing the VSV’s that control the sequential operation, the system stays locked in parallel mode due to the fact that the VSV’s are electrically held open. When Sequential is selected, the system operates as normal, however, if ETTC is selected, the VSV control signal is sent to earth, as a result the VSV’s are held open.

NOTE: Before you start this, best to point out that if you try this, and kill yourself or your car in anyway, it’s not my fault.

There are 2 methods in carrying out this mod.

But in terms of switch connections, everything is the same. 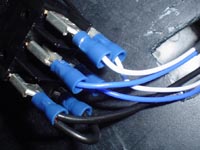 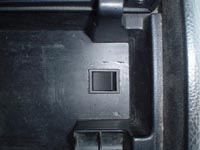 Now the “messy bit” – cutting in to the ECU loom.

This bit is important!

You have now completed the ETTC mod!
Well, actually, not quite yet. You see until the system is pressurized, it won’t be in parallel mode. So take the car for a drive, and get it to boost. When it first boosts, it’ll funny, because as it comes on boost, it’ll cause the second turbo to come on line as soon as you start making boost. After the first time, you should notice three things. Firstly, the car sounds a lot beastier!! That’s because you’re no longer shutting off half the exhaust when you’re under 4000 rpm. Second boost comes on MUCH more smoothly. Third, it doesn’t come on fully until about 4000 rpm. You will get some boost from about 3000rpm, but not all of it.

Your immediate impression might be “this is crap, the car seems so sluggish”. But give it some time (a few days to a week, depending on how much you drive), a few things will happen. You will get used to the car needing a few more revs to really boogie, the computer needs some time to learn that there’s no boost down low, so it can advance ignition timing (you may notice some black smoke from severe over-fueling at first too). It’ll also take a while to realise that the car is noticeably more fuel efficient, and once the computer has sorted itself out, you realise that this is not some poxy little 2 litre 4 cylinder, the NA supra makes as much torque as a WRX, so it doesn’t need the turbo down low for normal driving. But mostly, I love the linear turbo response – the 3000-4000 rpm range is useful again, and the Supra seems a whole lot more fun to drive.

When switching between ETTC and Sequential, its important not to switch when the engine is under load/under boost, as this can cause damage to the pressure tank/sequential system

Its advisable to “switch” when the engine is at idle – this does not mean you have to stop the car every time to switch – use the clutch! – I have been using this method for 6 months and everything is fine!